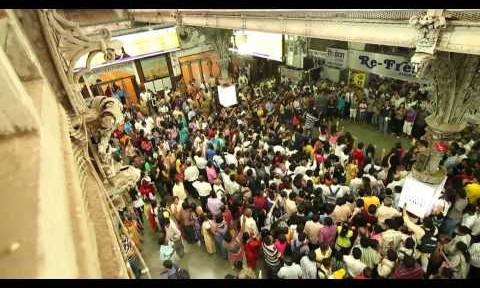 Flash Mob has been gathering lot of attention in India lately, so what exactly it is ? According to WiKiPedia Flash mob is a group of people who assemble suddenly in the crowd and perform an unusual act. This act can be anything like dancing, pillow fight or anything like that. This is usually a[…]
Continue Reading
PIN
February 23, 2009

BarCamp Delhi 6 | Wakeup Call for all the campers

Hey guys, This is a cheerup call for everyone who have been waiting for the most talked about event “BarCamp”. Well we are all set to go good for this weekend. Thanks to  Directi who is  silver sponsor and helped us materialize the event. Thanks to all others sponsors as well. As you know we[…]
Continue Reading
PIN
December 15, 2008

Hi all, People always asked me what a blog is ? And what i gain outta it when i blog ? And why do I have to blog ? Well there is nothing gain/loss in blogging, its just a hobby or i can say i feel good to share information with others. So there are[…]
Continue Reading
PIN
January 20, 2008

Yeah, the word computer gives a sense of automation and comfort or a source of entertainment to few, but i was really astonished to see the scene at the local market here in New Delhi. The place is known to be “Nehru Place” and guys trust me its the first time in my life (though its not so long) where i have seen such crazy people for computers. Every single shop out there is selling stuff not in hundreds but in thousands. The market has so much to sell, that some roadside temporary shops are also setup in the middle of nowhere and they are selling second hand RAMs, HDD etc They repair it and even give warranties at their own. Yeah its the new world the new computer world. I was amazed with the fact that softwares of any company or kind is available there and they were selling it like tea bags … shouting along “software – software” … I was energized to ascertain the situation,mannn everything was so wonderful and I felt i was in a world of my own, just the way i want. Computers all around, geek talks, magazines, CDs etc etc The scene was pretty bedlam and people were roaming here & there to search the best deal for their computer needs. The local vendors got cut throat competition there and this gives benefit to the end user. The computer hardware is pretty cheap out there, with original warranty and bill.
Continue Reading